Lambeth UNISON Call For a Branch Based Right to Strike Campaign 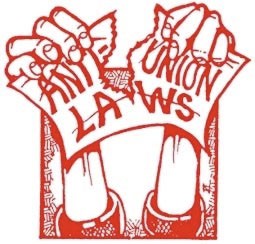 
The laws also go after funding of political parties by trade unions, making it a requirement for union members to “opt-in” to a union's political fund rather than “opting-out”.
Lambeth UNISON are working with other labour movement organisations to initiate a Right to Strike campaign. A model motion for union branches is below.

1. The plans announced in the Queen's Speech to limit even further our already very limited right to strike.

2. The plans to force unions that affiliate to political parties to operate a system of members “opting in” to pay a political levy, rather than “opting out”, further limiting the labour movement's ability to maintain a political voice.

3. That Lambeth Unison is initiating a Right to Strike campaign

1. That it is entirely possible these attacks can be stopped or pushed back, particularly given the government’s small majority and its obvious hypocrisy when it was elected by less than 25 percent of the electorate – but only if there is an urgent and determined public campaign. Letting this go without a fight would be disastrous.

2. That all the indications are that the initiative for such a campaign will have to come from the rank and file and local branches, in order to push the whole movement into action.

3. That there is a crucial wider struggle to repeal the existing anti-union laws, but the best way to pursue that is to defend ourselves, win this fight and then pass over to the offensive.

1.       To support Lambeth Unison's initiative; delegate comrades to be responsible; publicise as widely as possible to get support from other branches and organisation of the unions; and work with Lambeth to host a campaign meeting soon.

2.       To make an important focus of the campaign a push for the unions, the Trade Union Freedom Campaign, etc, to organise a national demonstration in London, marching to Parliament, early in the autumn.

3.       To make an important focus of the campaign, working within our communities to explain the right to strike is a democratic right which should be used to fight on issues beyond the workplace around issues such as welfare, health, housing, and liberation politic

4.       To organise local campaigning, including a leaflet, stalls, a public meeting with the trades council and others, information and a petition to circulate among members, and calling for the council and local Labour MPs to publicly condemn the Tories’ plans and advocate Labour repeals them when it comes to office
5.       That this campaign should include discussions about the importance of and openings for unions being willing to defy the law.

6.       To continue to call for the repeal of all the anti-union laws and the introduction of positive legal rights, including rights to strike, picket and take solidarity and political industrial action.
Posted by Ruth at 05:04 No comments: