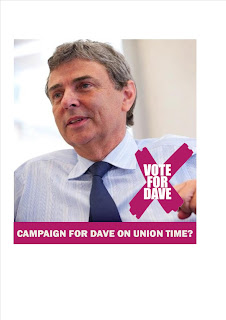 Here is the link to a recording of a briefing for Regional Organisers at UNISON’s Greater London Regional Office which took place at Congress House in London. Those attending were paid UNISON staff, attending in the time for which they were paid by the Union (at 2pm on Wednesday 21 October). Every UNISON member in Greater London – and every trade unionist who cares about democracy in our movement – should listen to this recording (be warned – it lasts more than twenty minutes and is mostly a monologue).

The person who does most of the speaking is the Union’s Regional Secretary (staff say this is normal at such briefings…)  In clear contravention of the election procedures, which instruct staff that they should not in work time “carry out any activities intended or likely to … …affect the election or candidature of any person“, she gives detailed instructions to staff, as their manager, about campaigning for Dave Prentis. She makes clear she is speaking as a manager to staff by repeatedly referring them to Regional Managers.

“You clearly cannot be caught out saying ‘vote for Dave'” she says, and warns staff to be careful that, if there are witnesses to conversations in which they are lobbying for Dave Prentis to be sure that they are “friendly witnesses.” She names the official in whose (UNISON) office Dave Prentis’ election leaflets will be kept but advises staff not to mention this by email.
This is unequivocal evidence of the most blatant disregard for UNISON Rules on the part of the Greater London Regional Office. Careful listeners will also pick up clearly just how much respect the office has for the Regional Convenor and her team (and it’s not much). Paid officials joke about using the name of the Regional Convenor to justify distributing election leaflets for Dave Prentis – and about how to distract branches which they describe as “the opposition.”

UNISON must now take immediate action against the members of the Regional Management Team who were present at the briefing – and that is only the beginning of what may need to be done as the integrity of the General Secretary election (or at least of the campaign for Dave Prentis) is now plainly undermined.

This report  is reproduced from https://uniondemocracyblog.wordpress.com/2015/12/01/rogue-unison-regional-secretary-breaking-unison-rules-in-election-rigging-scandal/ 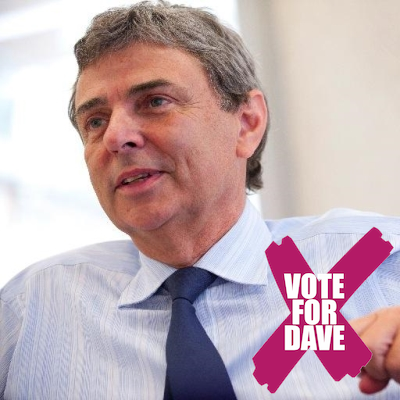